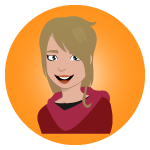 It's a hard job for a parent to teach children about technology. I'm still trying to work out half of the technology that's appropriate for people who are my age, let alone the technology that the kids need to use for school. They are always asking me to download new programs or buy new gadgets so I need to be a tech guru and stay on top of the best and safest kid friendly technology. If you are also doing your best to be a tech-wise parent who can keep up with their children, then you'll love my blog.

With the rollout of the NBN across Australia, the vast majority of emergency lift phones, due to their reliance on the old exchange-to-customer copper network, are slowly but surely being replaced with 4G lift phones. Regulation dictates that emergency lift phones are always operational, and so these replacements must be completed before each building is NBN-enabled.

The new 4G lift phones are the go-to replacement for a few reasons. Firstly, their use of the 4G network makes them more reliable. While 4G network outages are not unheard of, they are far less common than outages in traditional telephone networks, which rely much more on physical phone lines and are thus naturally more accident prone. Secondly, while lift phones could theoretically be connected to the new NBN network through FTTB or FTTN, these networks suffer from many of the same pitfalls as the old copper network, and swapping a lift phone over to the NBN would run up costs similarly to that of installing a 4G lift phone regardless. Lastly, any 4G lift phone will also be 3G capable, meaning that on the off chance the 4G network is not functioning or the signal strength is insufficient, it is extremely unlikely that anyone who finds themselves in an emergency in the lift will not be able to make the urgent call they need to make.

Interestingly, it would technically comply with regulations to have just about any type of phone serving as an emergency lift phone. According to SafeWork NSW, provided that the phone has enough power to function for at least two hours following a blackout, it would be compliant. So, even a simple, everyday mobile phone would suffice, if it was plugged in and charging at all times, and the people using the lift were kind enough not to steal it. But clearly, lift emergencies are serious, and such a half-measure is far from ideal. Thus, since old emergency lift phones will no longer work at all, there is essentially no reason that body corporate committees should not upgrade to the new 4G lift phone technology, as not only is this an excellent future-proofing measure, but additionally, traditional lift phone technology is now essentially an unsalvageable sunk cost.

Trained lift technicians are required to install 4G lift phones, which cost in the range of $2000-$4000. With the NBN rollout map having been readily available for so long, body corporate committees should find it simple to prepare their building for the new network well in advance.